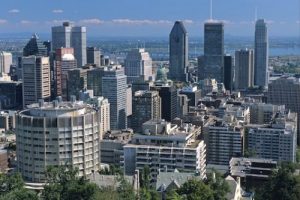 If you’re thinking of relocating to Montreal, you’ll discover how multiculticultural the city really is.  Montreal has a well known established reputation as one of the world’s most popular travel and relocation destinations. Make sure to walk around Old Montreal, sample some of Montreal’s best known restaurants or just spend the day relaxing at a number of spas located throughout the city.

Are you relocating to Montreal?

Compared to some other cities in Canada, Montreal has a low cost of living. It’s a Canadian city with a very European flare. There’s a lot of diversity and culture in Montreal. Relocating to Montreal is a great choice if you’re looking for things to do all year round. You can enjoy skiing or snowboarding in the winter and kite surfing in the summer.

There are many bike paths that will get you around the city if you don’t want to get a car or use the public transportation. The public transportation is extremely convenient from no matter where you live. It can take you about 30-45 minutes to get downtown by bus, metro and or train. You can get around easily enough by car and the traffic isn’t too bad.

If you’re a vegetarian or health fanatic, you’ll find a good selection of vegetarian restaurants and health food stores throughout the city. You can also shop for fresh produce at the Jean Talon or Atwater Markets.

It’s also a family oriented city if you’re relocating to Montreal with your family. There are many parks and activities for kids of all ages.

If you love watching the sunrise, Montreal has some of the most beautiful sunrises you’ll ever see, especially from the lookout where you can watch the sunrise over the city. Summers in Montreal are hot and fun. There’s Montreal Jazz Festival, Just for Laughs, Grand Prix and a nightlife that will keep you coming back for more.​ Getting around is really easy. You can take the Metro, trains, buses or bike through the city’s many bike paths. Downtown Montreal can be explored through it’s underground city known as the RESO. You can visit the Biodome, Botanical Gardens and even go ziplining if you’re looking for some adventure. From beautiful parks to golfing and skiing, Montreal has it all.