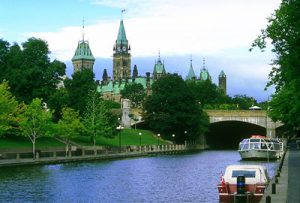 Ottawa is the capital of Canada. Relocating to Ottawa is a great decision. It is one of the world’s safest and most beautiful communities to live, work, learn, play, and raise a family.

If you’re relocating to Ottawa with family, you won’t have to worry about parks. Ottawa has parks in every neighborhood that are in walking distance.

The city prides itself on its quality of life. If you’re looking for something to do, then you must visit Byward Market, one of Canada’s oldest and biggest public markets. You’ll find everything you’re looking for like; great restaurants, specialty food shops, galleries, fashion and so much more. For family fun, you can spend the day at Calypso Waterpark-the largest in Canada. You can also bike around the city or skate on the Rideau Canal in the winter.

Ottawa has a small town feel and the economy is very stable. You’ll be able to find Government jobs in Ottawa since it’s where Parliament is.

If you’re worried about getting around, don’t be. The traffic in Ottawa isn’t like most big cities so you won’t be spending too much time in your car. You can also bike around the city since there are bike paths which go along the river.

Unlike other cities, relocating to Ottawa won’t cost you an arm or a leg. It’s very reasonably priced compared to some bigger cities in Canada like Toronto or Vancouver.

If you’re thinking that Ottawa is a the place for you to relocate then we want to help you. Capital Temporary Lodging is the perfect choice for business travelers who want the comfort of a home-away-from-home atmosphere, and the amenities of a hotel. We cater to extended-stay travelers as well as clients who are looking for short term rental relocation services.