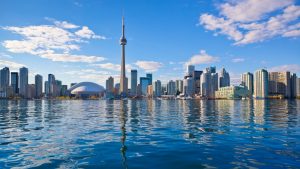 If you’re relocating to Toronto, you won’t feel out of place. Most of Toronto’s residents have relocated from other Countries. You’ll find alot of diversity and multiculturalism. Toronto is the capital of Ontario and the most populous city in Canada.

At Capital Temporary Lodging, we will make it easy for you when relocating to Toronto and other cities in Canada.

The greater Toronto area is known as the GTA and home to about 6 million people. Most jobs are in the IT or finance industry. If you don’t want to live in the GTA, there are many great suburbs you can relocate to like North York, Richmond Hill or the beautiful Oakville.

The Distillery District east Downtown Toronto, is a commercial and residential area where you’ll find cafes, restaurants and shops. Also formerly known as the Gooderham & Worts District.  Many movies and TV shows are filmed in Toronto so you never know who you might run into.

Public transportation like the TTC and PATH will get you around the city easily. If you don’t want to get a car you can always use Zipcar. It’s a membership car sharing service that will help you get around the downtown area if you have meetings you need to get to and don’t want to use the TTC.

Toronto has some of the best schools in the country. There’s University of Toronto (UofT) which is ranked up there with McGill University in Montreal. There’s also Ryerson and York that also have excellent reputations. For the the little ones and teenagers, you won’t have to worry either. Teachers in Toronto are amongst the highest paid in Canada so rest assured that your kids will be getting a good education.

In recent years, Toronto has been attracting a lot of foreign investors which means a lot of people are relocating to Toronto and they’re looking for a quality place to stay that doesn’t feel like a hotel.

All of  the accommodations at Capital Temporary Lodgings are equipped to make you feel at home and have all comforts you need for a short or long term stay. From nightly hotel stays, studios to family accommodations, our relocation properties will help you transition into your new city by providing the necessary amenities for a normal routine.